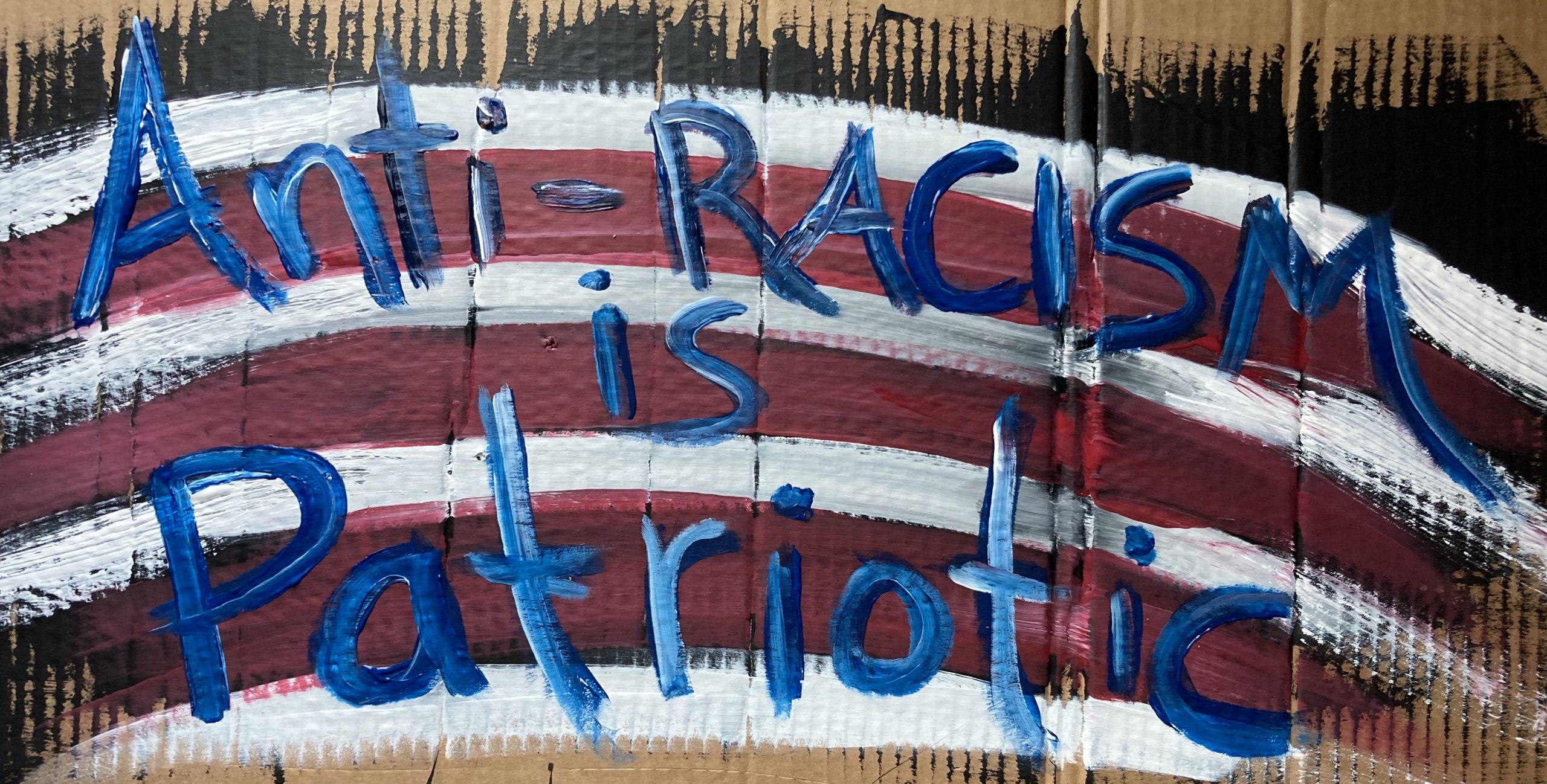 alow A simple protest sign to remind people that the far right has not co-opted the concept of patriotism (though, noteworthy, I don’t really prescribe to the notion of liking or holding in higher esteem any one country over another). Still, during the summer of 2020, we had many conversations about the fear that many POC feel when they see a flag now in front of a house or on a car/truck, as it has in some communities come to mean blind support for the Trump administration, instead of the patriotism – and the protest that comes with protecting the value of freedom – that it once represented.