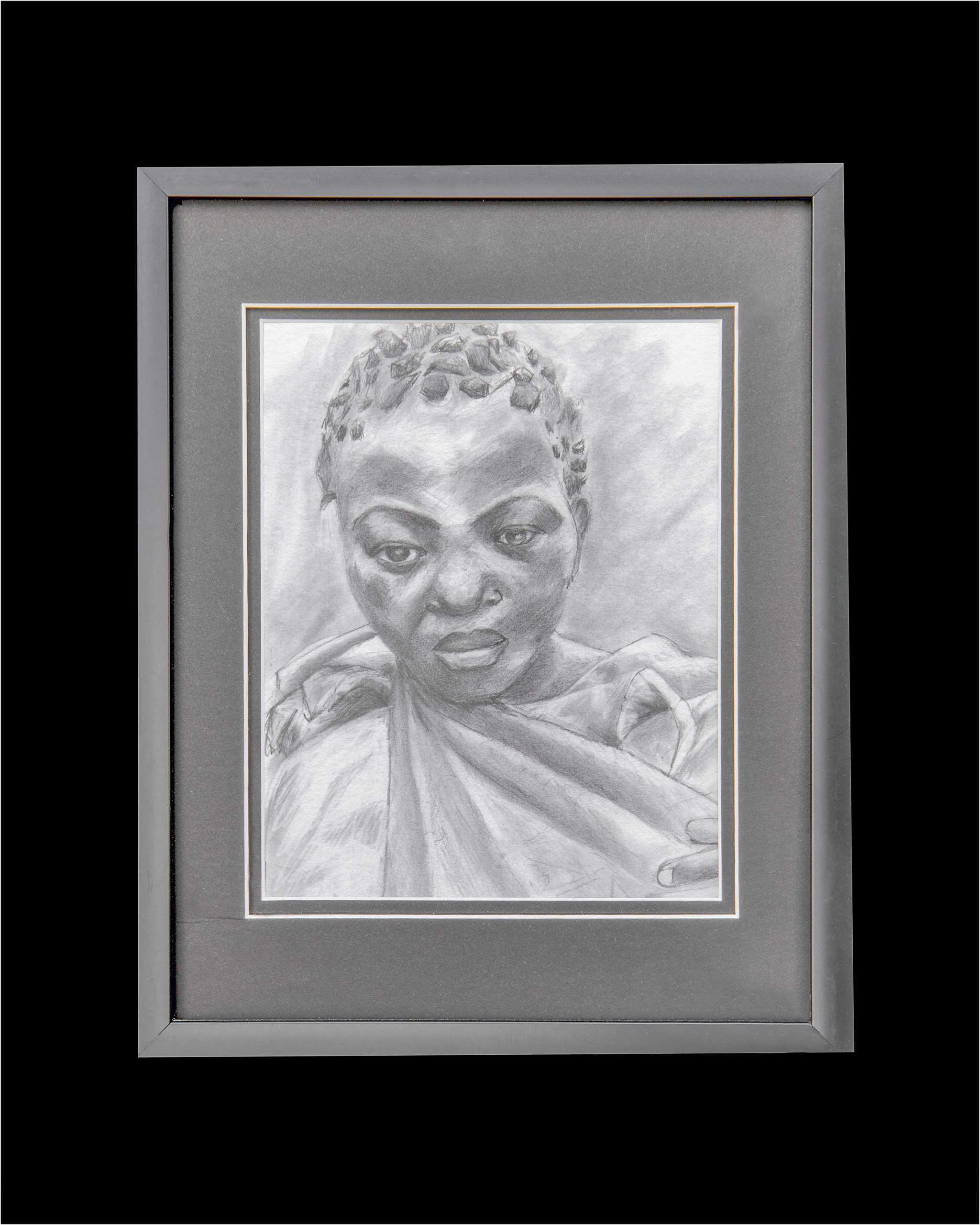 Traveling for 7 weeks in Africa for a low quality reality TV show, I found a disappointing lack of likeness to my African American students. I thought I would feel a connection to their ancestry. Towards the end of the trip, we visited a refugee camp with thousands of people from West-Central Africa, and everywhere I looked, I saw my students’ features. When I brought this up in conversation, I learned that most of the slaves kidnapped to the United States were from the regions that are present in that camp. The woman in this drawing was the spitting image of one of my students, Camilla. It was difficult to look into the eyes of refugees who were born, raised, and will die in these decades old camps, and see the spitting images of my students back home, and to witness the lasting impacts of slavery not just on race relations in the Unted States as we struggle to make reparations, but also in Africa, where colonialism and imperialism devastated existing cultures.