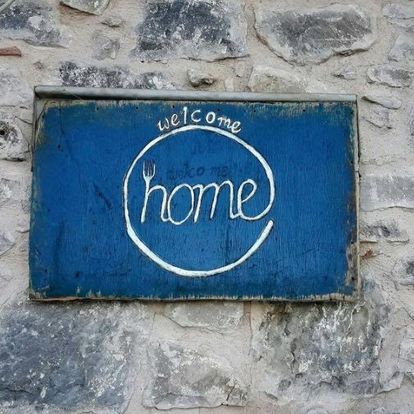 http://vancouveratmain.com/between-king-edward-avenue-18th Having been kicked out of a Syrian refugee camp on a tiny island of Lesvos by a crazy German Greek who abused his young female volunteers and didn’t appreciate me standing up for them, I found myself far from home and ready to work in the refugee camps – the project I planned for dissolved. Rewind to my budding relationship with Home for All, where we determined through Eric’s tech support that the only thing standing in the way between TripAdvisor and them was a picture of their business with a sign in front. I called a volunteer from Home and told him about getting dragged out of the camp for causing too much of a scene (same ol’, same ol’) and feeling beaten down and useless, and he replied simply, “Just come Home.” I responded that first I would paint them a sign so they could finish their TripAdvisor profile. And, since then, a video with the sign went viral, and has been seen by millions – my most famous work yet!